Why PR does not mean Press Release! - An Evening with Doyle Albee

Recorded at BDA on May 22nd, 2018 with our live video recording system.

BDA's Digital Salon Series features prominent members of our community for an engaging evening of networking, community and inspirational presentations. Check out the entire series.

How do you go from starting your career with nothing more than an IBM Selectric III typewriter on your desk to owning one of the region's leading technology communications firms? Lots of changes and surprises, that's how!

This video features marketing, communications, and public relations expert Doyle Albee, President and CEO of Boulder's MAPRagency providing an overview of the modern media landscape. Understanding this is critical for anyone responsible for messaging: these days it's common to hear phrases like "content development," "social media marketing," and "going viral". Doyle will explain how these are, at a fundamental level, actually public relations, and how to excel at them all with tips and tricks from his 30+ years in the industry. Along the way there will be plenty of fun stories and anecdotes. 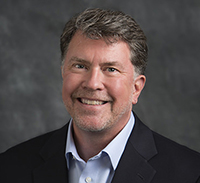 I started my career and often end my days with beer. From Coors to MAPR, I'm fortunate that I've been able to work with great companies and clients to build a strong track record of success in public relations, marketing communications and digital marketing with experience in a number of industries, including consumer packaged goods, cable and telecommunications, healthcare and technology. My background includes 10 years with Coors Brewing Company (now MillerCoors) in both public relations and marketing positions. I also worked with Sterling-Rice Group, directed global communications for hard disk drive manufacturer Maxtor and founded and managed my own public relations firm, which I merged with Metzger Associates in 2005 and we became Metzger Albee PR in 2014. Last year, to both simplify our name and reflect our new direction, we re-branded to MAPRagency. In 2003, I was proud to be named to the Denver Business Journal's prestigious "Forty Under 40" list. I've also won a handful of PR and marketing awards along the way, including a Magellan Platinum Award from the League of American Communications Professionals, Gold Pick Awards from the Public Relations Society of America and a Distinguished Communicator Award from the Colorado Chapter of the International Association of Business Communicators, among others. When asked or when the mood strikes me, I speak on social media, public relations and communications. I've been a panelist at BlogWorld in Las Vegas, hosted a day of Communitelligence's Executing New Media Conference in Atlanta, served as a moderator and speaker for the Chicks Who Click Conference Series in the U.S. and Canada, been a panelist and session leader for PodCamp and WordCamp sessions in Colorado, and recently developed and presented a social media workshop for the Western Area of Chamber Executives, a group of chamber of commerce executives from 11 western states. I also moderated a panel on social media for the University of Colorado's Conference on World Affairs. In my spare time, you can usually find me on either a mountain or road bike, watching football or hockey or spending time with my two college-aged kids. In addition to the time I spent at the Kappa Sigma house when I was (much) younger, I managed to earn a degree in Mass Communications with a minor in German (no, I don't know why) from the University of Denver.

Related To: Why PR does not mean Press Release! - An Evening with Doyle Albee 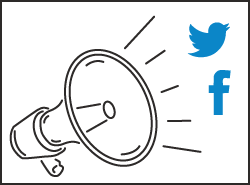 Comments For: Why PR does not mean Press Release! - An Evening with Doyle Albee

Chapters for Why PR does not mean Press Release! - An Evening with Doyle Albee