This recorded Digital Salon from September of 2012, featuring a lively panel discussion from a bevy of talented women filmmakers

Women in Filmmaking - Making engaging, quality films, regardless of your gender!

Join screenwriter Tod Davies, producer/cinematographer Meryem Ersoz, production consultant Sarah Liles, producer Danielle Renfrew Behrens, and producer/director MaryLee Herrmann as they discuss women's unique skills in all aspects of film production. This Salon takes place as a panel discussion, exploring why women often do not utilize their strengths or have their creative input pushed aside, and how that affects world cinema.

We will also talk about the significance of producers supporting qualified professionals, whether women or men, in all areas of filmmaking - creative, technical and business. A shift is taking place in the landscape of filmmaking, and we invite everyone interested in visual storytelling to come find out what it means for the present and future of making movies.

MaryLee Herrmann is a multi-award-winning director and producer whose first film, The Necklace, has screened to festival audiences across the U.S. and Canada. She was commissioned by the U.S. Air National Guard to produce and direct the award-winning short film Ashley Waits, which depicts the difficulty of relationships during times of war.

Tod Davies wrote Three Businessmen and Fear and Loathing in Las Vegas, produced Revengers Tragedy and Kurosawa: The Last Emperor, and has taught writing and producing at many venues over the years. She now helms indie Exterminating Angel Press, publishing books of all subjects that question dominant cultural stories in entertaining and accessible ways.
Meryem Ersoz's cinematography has appeared on Versus, Lifetime, CNN, CET, and PBS. She produced three feature films in Colorado - Mind's Eye, Teddy Boy, and Tengu: The Immortal Blade - and has two more in development. Meryem is devoted to both nature cinematography and building the strongest possible feature film industry in Colorado.

Karen Beard has been a freelancer in the Denver film industry for over 30 years in a variety of key positions including producer and location manager on feature films, TV series and commercials. Currently, she is Production Consultant at Advertising Production Resources (APR), advising national clients on their broadcast and web production.

Danielle Renfrew Behrens has had five films premiere at Sundance, including opening night film The Queen of Versailles, which received the Grand Jury Prize for Directing and is screening nationwide. Other credits include Fox Searchlight's Waitress, the award-winning documentary Double Dare, and the Miramax comedy Daltry Calhoun, executive produced by Quentin Tarantino. 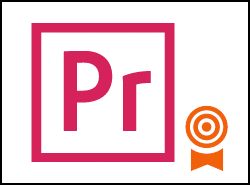 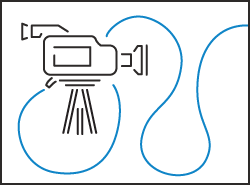